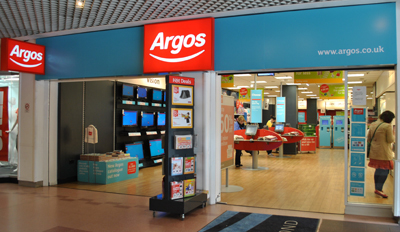 At the end of July, one of the largest names in retail, Argos, announced the launch of their new WEEE ‘take-back’ scheme in all of its 788 stores throughout the UK. The scheme allows consumers to trade in any old or unwanted electrical devices such as mobiles or music players to a till point where one of their store assistants will be able to check the value of item there and then.

Argos has cleverly thought of a way of keeping the customers in their stores by offering them a gift voucher to spend on any product rather than an exchange for ‘cash’.

For security reasons all the gadgets exchanged are checked against a lost and stolen database, sealed in an envelope with the correct paperwork, and then sent to an IT Asset Management (ITAM) company where the data is wiped and the gadget is assessed to see if it can be refurbished for reuse. If not, it is broken down so that the parts can be recycled. The refurbished gadgets will be re-sold by the asset management firm in the UK and throughout Europe.

As one of the UK’s retail giants Argos has a well-measured Corporate Responsibility program in place. Under the Veolia-run compliance scheme they have a duty to recycle a proportionate amount of WEEE that they initially put out into the market place. Large retailers are also required to offer take-back in store, or to sign up to the government-supported Distributor Take Back Scheme (DTS), under WEEE laws which came into effect from January 2014. Argos has been working closely with WRAP to find the most effective path for recycling goods and also one which is scalable – meaning they may be able to extend the scheme to include large electrical items such as laptops or cameras. By offering their customers a voucher to spend in store Argos are almost guaranteeing future custom from those who take their electrical goods in for recycling.

Recent research by WRAP says that households in the UK have around £1 billion of WEEE in their homes that is no longer used and two-thirds of householders surveyed by the resource efficiency body said they would be willing to trade in their tech products with reputable retailers.

Marcus Gover, director at WRAP, said: “It’s fantastic to see this kind of service become available over Argos store counters. Resource efficient business models mean we can get the most out of a product economically and environmentally whilst offering real opportunities for business growth. We hope that Argos’s success will pave the way for change and give others confidence to embrace the circular economy.”

Whilst schemes such as these are aimed at consumers who want to recycle small electrical products there is always a need within the business community to recycle those larger appliances or computers and that is where Pure Planet Recycling can help. Contact us today to discuss your requirements.